Squires Cafe Bar, Sherburn in Elmet, Near Leeds 'The Bike Mecca of the North'...

First opened in 1954, Squires Bradburys Milk Bar was located in a small town of Sherburn-in-Elmet, North Yorkshire. It was during this time that the cafe became firmly established as a biker’s cafe.

The Squires Cafe became more and more popular over the years with biker’s travelling to the cafe from all over Yorkshire, the North of England and all parts of the UK, traditionally meeting on a Wednesday evening. For many years a Wednesday night in Sherburn became an awesome site, with bikers descending on the small town, motorbikes of all makes and sizes as far as the eye could see, with Squires Milk Bar at the centre.

By 1961 Harry Weston, a young apprentice butcher in his family business, was a keen biker and a regular at Squires, where he met with friends and listened to the Juke Box in the corner churning out rock and roll. It was during 1972 that Squires Bradbury and his wife, after nearly 20 years at the cafe, decided to sell their business and retire. Harry Weston, by this time, had a butchers shop in Pontefract. When Harry (now married to his wife Sue), saw the for sale sign above Squires they became interested in buying the business. It was in 1974 that Harry and Sue purchased the Squires Cafe Bar. With the ever increasing popularity of the café it was in 2002 that the present Newthorpe site just a few miles down the road from Sherburn was bought. This reduced congestion for bikers and allowed the good residents of Sherburn to have their town back.

The Weston’s say they have had some wonderful memories of the old days and the first Squires Milk Bar Cafe in Sherburn Town. The move in 2002 did not put off any of the old customers, who quickly adapted to the new venue, and the customer base in fact is still growing in numbers, thanks mainly to good publicity and bikers spreading the word. It was at this time that Harry and Sue were fully joined by their son Jason who helped with the workload.

The busiest days of the week are now on Wednesday and at the Weekend.

The cafe accommodates regular motorcycle and motorcar club meetings during the year, along with many other events including: charity runs, fund raisers, best bike competitions, shows and live concerts. They also cater for many weddings and parties, which are held in the large function room and bar area. This room, which can hold up to 400 people, can be booked in advance for private functions.

In March 2007, Squires Cafe Bar was purchased by the Bowness Family which comes from a farming background. Harry and Sue have since retired but remain regulars at the cafe.

Recent events held at the Cafe have included shows by famous sixties bands, the Tremeloes and the Merseybeats, seventies band T-Rex, and the well known Rock Anthems (who regularly appear at the TT racing in the Isle of Man). The Yorkshire Rock and Bike Show is held each year and is a popular event in the Squires Cafe Bar calendar.

Squires Cafe Bar with its camping facilities (tents and touring caravans) makes an ideal touring base for the beautiful Yorkshire Countryside.

In order to accommodate the large numbers of customers, outside catering facilities are provided which speed up the service along with an improved layout inside so that customers don’t have to wait long for their food and drink. Squires Cafe Bar is especially famous for its pasties and milky coffee and some customers, Harry included, are impressed that they can arrive by helicopter.

The Bowness family are dedicated to allowing the history of Squires Cafe Bar “Milk Bar” to continue, and seek to provide a friendly and accommodating environment for the bikers who travel from far and wide, and also for the local residents of Sherburn in Elmet and the surrounding areas. 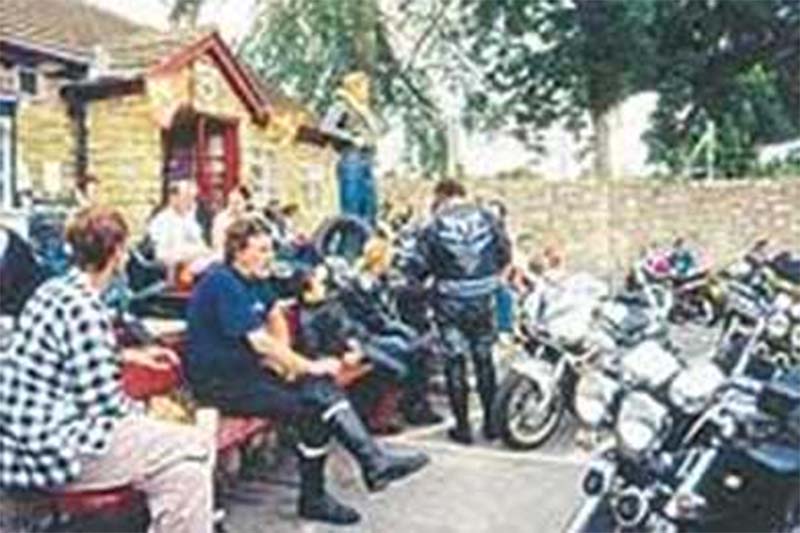 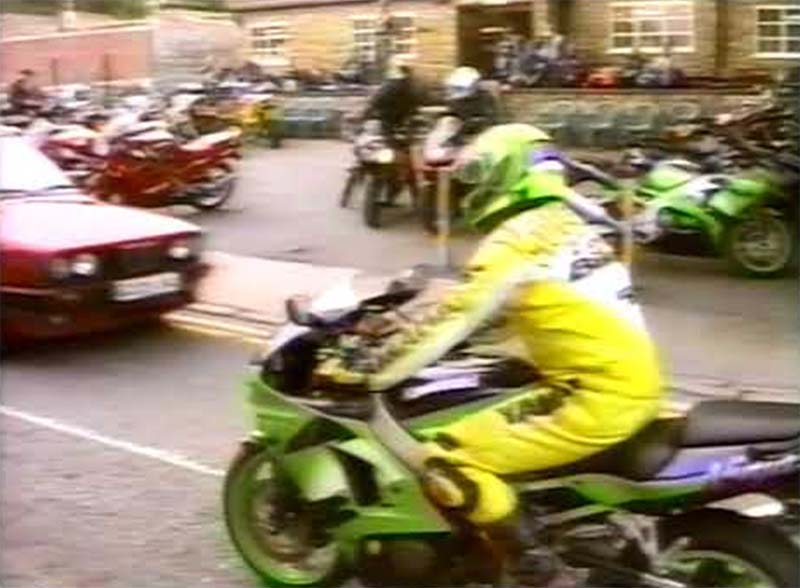